Idaho has some of the most pristine wilderness in the United States of America, with several different untouched terrains that are naturally inviting and unbelievably breathtaking.

In the middle of it all is the Salmon River, offering a refreshing and thrilling experience for all who visit! 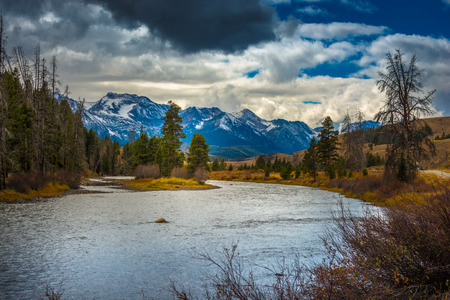 Formed by sediments over 1.4 billion years ago, the Salmon River is home to some of the oldest existing minerals on Earth. Its first inhabitants were those of the Cordilleran tribe, nearly 11,000 years ago, who explored the Rocky Mountains. They were then succeeded by the Nez Perce, who made the riverbed their home. They considered the land to be sacred, for its sheer abundance of salmon and other fishery throughout the seasons.

As exploration into the West hastened, the Salmon river gained its nickname “The River of No Return,” for its largely uninhabited swaths and heavy currents past the canyon.

Shipowners back then would have to disassemble their vessels once they reached their point and find another way back. There was truly “no return.”

Then Lewis and Clark arrived in 1805 and deemed the River nearly impassable. Fifty years later, gold was discovered in the river, leading many gold rush obsessives to dig up the river for treasures. But they didn’t find much, and over time, roads were built to better access the river. Now it stands as a major waterway that cuts through some of Idaho’s most beautiful wilderness.

With this history in hand, the Salmon River should be a must-see when visiting Idaho! Thankfully, we offer three- and four-day trips to the River throughout the summer, which have proven to be a huge hit among guests. Give us a call at 208-842-2417 today to find out more about our travel options to the stunning Salmon River!